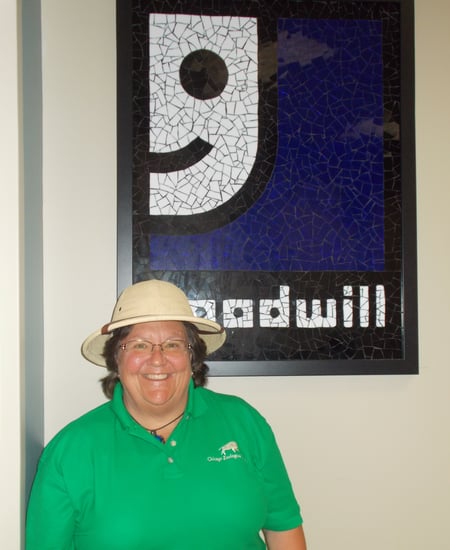 Geri E. walked into the North Riverside Workforce Connection Center (WCC) in February of 2019 seeking support with returning to the workforce after having been retired for a year. Geri had invested her last 20 years working as an Executive Director and was looking for something new, expressing the importance of securing an entry-level position with a company that supported their community; she wanted to be a part of something that gave her joy and purpose, seeking a role that would be fulfilling but would also allow her the opportunity to grow and be promoted from within.

Needing both resume support and employment opportunities, the WCC staff first focused on Geri’s resume. Staff also began identifying organizations that were not only reputable, but served their community. The Brookfield Zoo was identified as being a great fit for Geri.

Geri attended an onsite recruitment event held at the Center by The Brookfield Zoo in April of 2019, applying for multiple positions that fit her skills while focusing on the Motor Tram Driver position. She graciously accepted the position as Motor Tram Driver when offered and began working for The Brookfield Zoo in May of 2019! Geri has checked in with the WCC staff who helped her, on multiple occasions, to share how happy she is and how impressed she is by The Brookfield Zoo’s culture. She’s thrilled that she has had the opportunity to learn so much more than she expected and hopes for a long future with them.

Geri is just one of the numerous individuals we have had the pleasure of meeting in our Workforce Connection Centers. Our Centers bridge the gap between the job seeker and local companies. We provide an array of services, including resume assistance, job preparation workshops, access to computers and other technology, job leads and a regular schedule of employer recruitment sessions. Services are provided at no charge to our customers. We operate four Centers in southeastern Wisconsin, and three in metropolitan Chicago. To learn more about the Workforce Connection Centers in Illinois, click here.