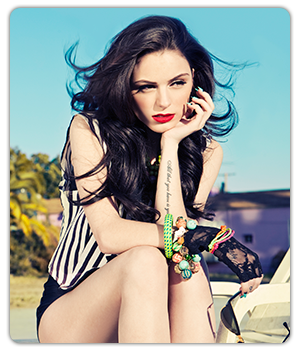 Thanks to an outstanding effort both from its students and the local community, Lemont High School soon will play host to a pop music star. Cher Lloyd, a standout contestant on Britain’s version of “The X Factor,” will provide a private concert for Lemont High School students in the school’s gymnasium at approximately 2 p.m. on Monday, March 18. The school will be treated to a visit from Lloyd after it won Goodwill’s “Fall Haul Donation Challenge” in November 2012.

Lloyd rose to stardom in her native England thanks to her performances on Season 7 of “The X Factor,” finishing fourth in that season’s competition. Her debut album - “Sticks and Stones” - reached as high as ninth on the Billboard 200, and her hit single “Want U Back” was certified double platinum after selling more two million copies in the United States.

Lemont High School students, as well as the surrounding community, rose to Goodwill’s “Fall Haul” challenge. In November, Lemont’s new Goodwill Store & Donation Center (1146 State Street) received nearly 51,000 donated items from students and community members - more than 50 percent more than the total of the second-place school! In addition to the concert, Lemont High School also was the recipient of two iPads for winning the contest.

“Fall Haul provides a wonderful community service platform for students to learn the benefits of keeping items out of landfills and helping individuals find and keep jobs,” said Pat Boelter, Chief Marketing Officer for Goodwill, a not-for-profit organization that provides employment services for individuals who have disadvantages or disabilities.

While many students, including the school’s Interact organization, provided support during the “Fall Haul,” students in teacher Jessica Hoag’s Work Experiences class spearheaded the school’s efforts, separating donations that were brought to the school and delivering them to Goodwill.