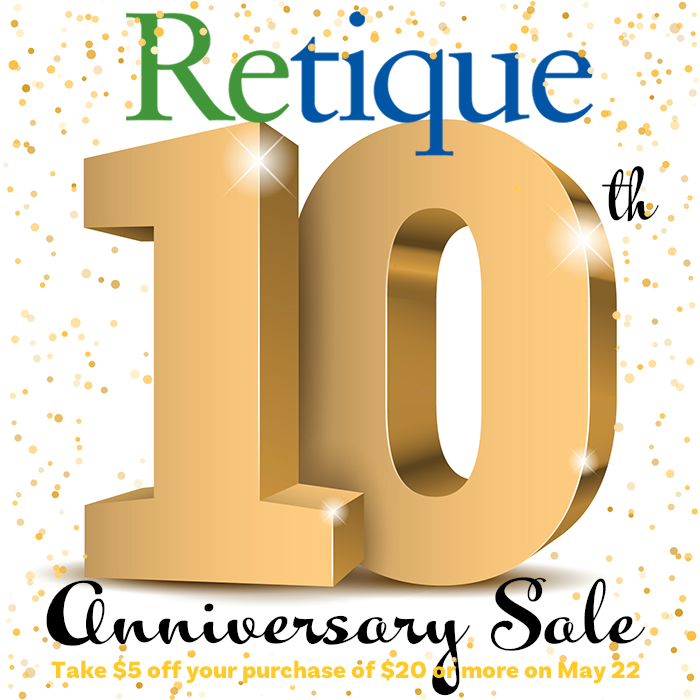 Located in Milwaukee's Third Ward, Retique is Goodwill's upscale resale shop and to celebrate our 10 year anniversary we're offering $5 off a purchase of $20 or more on Wednesday, May 22!

Retique has been named Best Vintage Retail Store several times by Milwaukee's A-List, so stop in today and browse our amazing selection of high-end fashion, jewelry and more!

As we observe Memorial Day on Monday, May 27 we pause to honor the brave men and women who have died serving our country. At Goodwill we recognize that not all disabilities are visible on the outside. Post Traumatic Stress Disorder (PTSD) affects many soldiers attempting to adjust to civilian life, as it did with Dan Newberry, Manager of Goodwill’s E-cycle Operations in Milwaukee. As a U.S. Army veteran who served in the Iraq War, we're proud not only to have Dan as a member of our Goodwill family, but we're also honored to share his inspiring story with you.

Holy Angels School of West Bend is the 2019 winner of Goodwill's Pack'er Up Donation Challenge! Holy Angels donated a total of 57,183 items to Goodwill and will receive a visit from All-Time Leading Wide Receive and World Champion, Donald Driver! Congratulations Holy Angels and thank you for your generous donations!

Save More When You Spend More on May 15

Lost Guitar Found at Goodwill is Reunited with Owner 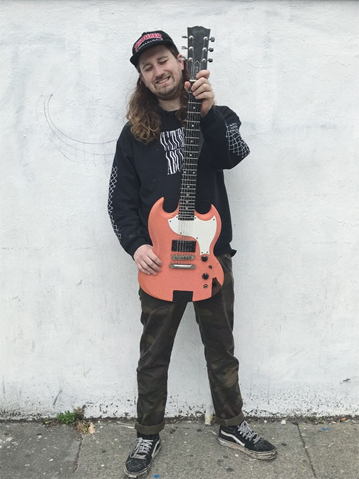 While flying home from a UK tour, members of the San Francisco Bay-area band, Culture Abuse, were stopped in Chicago for a layover at O’Hare International Airport. At the time the band's lead guitarist, John Jr., was recovering from a sprained ankle and using a wheel chair, so when the band caught a shuttle for their connecting flight, John Jr.’s Gibson SG-X guitar was inadvertently left behind in the shuffle.

As a result, the guitar was donated to a Goodwill store in the metropolitan Chicago area and later sent to the Goodwill Industries of Southeastern Wisconsin and Metropolitan Chicago's Ecommerce facility in Racine, WI, to be listed for sale on Shopgoodwill.com.

Every year since 1951, Goodwill agencies across the United States and Canada have marked the first full week of May as Goodwill Industries Week, a commemoration that celebrates new jobs and changed lives. Without shoppers like you, we could not provide training, employment and supportive services for people with disabilities or disadvantages who seek greater independence. We thank you for your continued support and we invite you read our Mission Stories now.

If you love Goodwill, then we want to see YOU in our ads. Enter from June 3-17 and show us your favorite Goodwill outfit that highlights your sense of style!

Shop the Goodwill Outlet in Sturtevant

Shop the Goodwill Outlet located at 1630 Enterprise Drive in Sturtevant! What makes this store different from our traditional Goodwill Store & Donation Centers? See our FAQs now to learn more!

Donate & Save on NEW Bedroom Furniture at Steinhafels

Looking to freshen up your bedroom décor this spring? Make a $999 or more purchase at Steinhafels and donate your used bedroom set to Goodwill between April 14 and May 9, 2019 you'll receive FREE pick-up of your old set PLUS a $100 Company Store gift card!

To take advantage of this offer your donation must include between 2-5 pieces of furniture and your Steinhafels purchase must equal $999 or more. Offer valid April 14 through May 9, 2019. Beds must be disassembled and mattresses, bunk beds and lofts are excluded. Stock order must be delivered by May 31, 2019 to qualify for pick-up of old set.