As citizens of the United States celebrate Veterans Day each year in November, we’re asked to show our respect and thanks to the brave men and women who  keep us out of harm’s way both stateside and around the world. We honor the memories of those lost in battle and rally around those service members who continue their commitment. But did you know that the U.S. Army, Navy, and Air Force have also given us another gift? That would be the military-inspired fashion looks that continue to parade down runways year after year with one solid look after another. Sometimes it might be just a slight influence of detail, and other times it’s a full re-imagining of regalia suited to a high-ranking officer, but I find it quite inspiring that the garments used to protect our service men and women on their often dangerous forays into conflict also create unity in the fashion world. Is it any wonder that we would be captivated by the strength and heroism these garments represent? In daily life the way we dress is a signal of how we want others to perceive us, or even how we feel about ourselves. So why not emulate the courage, polish, and traditions of those who proudly serve us? Let’s take a look at how military influences show up in fashion again and again to fight the good fight for quality and style. 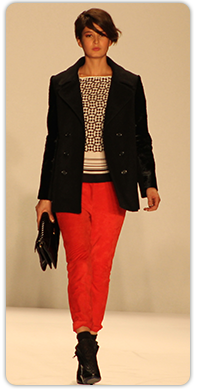 Coats are surely the easiest garment to sport the details that make military uniforms of the past century so intriguing to fashion design and designers alike. The crisp tailoring, first and foremost, equates strong lines with a suit of armor. In more literal interpretations, other details such as brass or gold buttons, epaulets at the shoulders, and perhaps even some stripe detail reminiscent of one of the branches of military service can be found.  Other times the nod to the military may be seen in more subtle ways such as the pictures from Mercedes Benz Fashion Week that I’ve used to illustrate here.

The pea coat segued from Navy battleships to the streets of towns small and large as a fashion basic for men and women after World War II. These classic coats provide warmth as well as style with their tailored appeal, and look just as dapper now as they did when they did their duty on the decks of battleships. 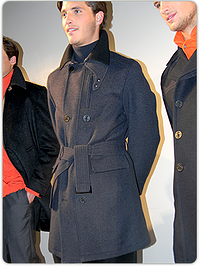 A field coat is a longer, often double breasted coat that came to us via the Civil War, and then continued its tour to this day for the rank and file of the U.S. Army. It usually features epaulets on the shoulders and a belt around the waist. It was meant to be worn over other uniform pieces, and its many pockets could hold a multitude of supplies if needed. It’s comrade in arms, the trench coat, literally came from men wearing these garments in the trenches while engaged in military action. Nowadays they fight the style battle as the weather changes to winter. 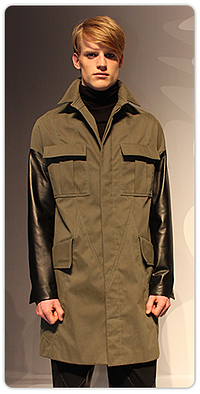 The colors of these cover ups are classic pea green, khaki, camel, black and, of course navy blue. These kind of coats are a staple of fashion at its best, when utility and tailoring meet in the middle. There’s a reason that we love a great coat with all the military details. They make us feel safe, strong and stylish. 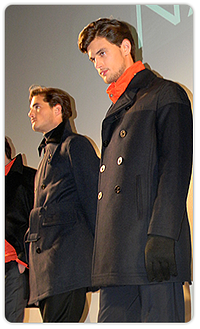 They also remind us of the camaraderie and quality of the military personnel we owe so much to.

When you’re out shopping at one of our Goodwill Store & Donation Centers, look for those military-inspired pieces that could spark a fashion revolution for you. Their crisp lines and structured tailoring could provide you with a little of the courage from whence they were inspired. And, as an added bonus, when you support our mission, you’re doing your part to help fight the good fight, too. That includes job training and independence for people who need help the most, and for that I wholeheartedly salute you! 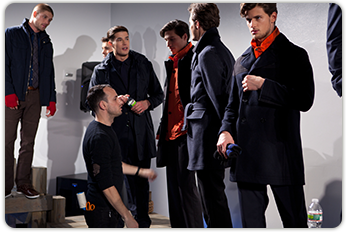