The Long and Short of Fashion 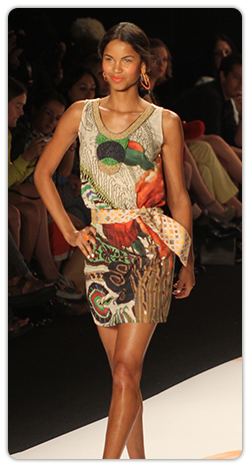 There’s one thing for certain in the world of fashion and that is its ability to change with the times, as well as the tastes of the people who wear it. Whenever I’m asked, "What’s in style?" I most often answer with, “Whatever looks best on you!” I realize people want me to tell them what’s trending, but in reality we should all wear what’s best for our lifestyle and body type. That being said, the age old question of skirt length is open to discussion, primarily because it’s gone up and down like a flagpole over the last 100 years or so. This reflects changes in society as well as the whims of fashion design. So, let’s take a look at the greatest hits of "the skirt" shall we?

In the mid-to-late 1800s women wore floor-length voluminous skirts all year round. If you were a Southern gal during the Civil War era, you may have even had some hoops sewn inside to create a bell shape.

By the turn of the century and into the teens, a more moderate amount of fabric was used and a slimmer silhouette was desirable. Although walking skirts were at, or just above, the ankle to help navigate those dirty roads, as well as, save on cleaning bills, many women still wore their skirts long.

The 1920s heralded the end of World War I and with that came many other changes in society and the role that women played in it. The breezy flapper was introduced with her simple bobbed hair and knee-grazing skirts. Legs, or at least the lower halves, were now on display. Literally overnight it seemed long skirts were deemed dowdy relics of the past.

Skirts dipped a little lower in the 1930s, and returned to the knee length all through the 1940s and World War II. Flounces and flourishes were discarded in favor of slim cut, a-line skirts and more serious, almost masculine silhouettes emerged to coincide with the war effort. Practicality became the rule.

Christian Dior’s “new look” emerged postwar and into the 1950s. This look suddenly became all the rage and featured voluminous feminine, calf-length skirts. The full volume created by petticoats gave the illusion of the small waist and was somewhat reminiscent of the Civil War-era frocks. Ballet flats added to the modern look and feel of this moment in fashion.

With the 1960s came revolution in cities and towns across the country, along with what could be called a “youth quake.” Student protests, racial strife, and ongoing war led designers to start creating what were considered shocking fashions at the time.  And thus, mini dresses were born. Eight-or-nine inches above the knee, or more in some cases, were common skirt lengths at the time for the cutting-edge modern gal. Subsequently, hippies were bringing back the prairie looks with long, floor-length skirts and a more thrown together aesthetic. Conservative gals stuck with the knee-length, or slightly below, as their confusion with what skirt lengths represented to them only grew. Witness the front page cover from March of 1970 with its headline “The Great Hemline Hassle”.

Flash forward to the present. The midi, which reminds me of the long, calf length of the 1950s, is making a comeback. In addition, maxi’s have also been in play for a few years. In the meantime, the overdone mini has grown shorter and shorter, as evidenced by all the “reality” stars and their micro-skirt looks that have become very tiresome. So, what should you wear you ask? Whatever looks best on you and fits your lifestyle and career. That’s it. Just because something is “in” doesn’t mean you should try it. Just take a look at the zig zag that skirt length has done over the last few years (as evidenced in my fashion photographs on this page)!

As I always say, Goodwill is a great way to try out new styles without breaking the bank. Try on a number of lengths in one of our spacious dressing rooms and see what makes you feel confident, comfortable and fashionable. That’s the truth about the long, and the short of skirts and hemlines, trust me. Another thing you can trust in is that your purchase at one of our stores will help someone less fortunate get a job, and that my friends, is something you can count on to never change (unlike fashion)!