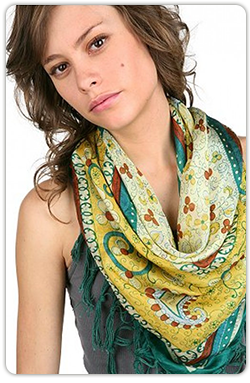 There is nothing more fashionable than a scarf. There I’ve said it! Scarves are absolutely, hands down, one of the easiest ways to: A.) Stay warm and ward off the winter chill; and B.) Update an outfit in two seconds flat!

For winter you should have a collection of scarves in a range of colors and textures of your liking for obvious practical purposes. But do they have to be so utilitarian? Let’s do a little research on this popular accessory and get to the root of its popularity. Did you know that these pieces of cloth were originally used to absorb sweat from the neck and face in Ancient Rome? Of course women started to see their potential as an accoutrement to their daily attire before long. Next thing you know, they were being made from all kinds of luxurious fabrics like wool or silk which probably felt more comfortable to the wearer than the norm of rough cotton or linen. In many countries around the world, the silk scarf was also used to delineate the rank of officers from the cotton ones worn by the rank and file. The 20th century is when the simple scarf really came into its own. With mass production and the movie business showing people the way, soon anyone and everyone could be as chic and suave as a movie star or an elegant Park Avenue swell. 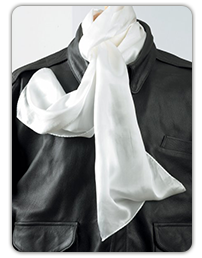 often waved long silk scarves during her interpretive dances, and later in the 1920’s when aviators like Amelia Earhart, and Charles Lindbergh accessorized their flying togs with white silk neckwear for their own matter-of-fact purposes. Sophisticated gentlemen of that era always used a dress scarf with fringe 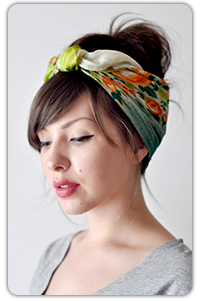 under their topcoat, and suave guys wore silk ascots at their throats with a button-down shirt and smoking jacket. Not to be outdone, ladies of all types soon used scarves to ward off a bad hair day, define their waistline, or take a simple dress or suit up a notch in the style department.

Today there are two scarves that I would venture to say are the most popular. The muffler is more of a knit scarf used for warmth and comfort. This is the scarf we all have in our coat closets at home. They’re a real workhorse in the wintertime and can take us right through to the chilly spring. The other type is what I would call an ethnic scarf that’s made of a lightweight silk or cotton, and is meant to be draped around the neck for a fashion effect rather than protection from the elements. These kinds have become very popular with men and women alike. There’s a million and a half ways to use a scarf to spruce up your outlook, and it’s so easy! 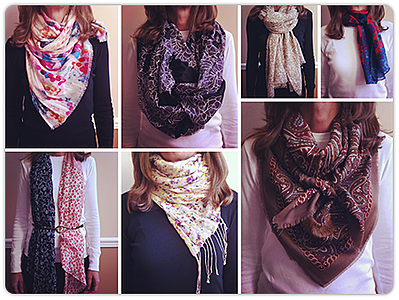 I’ve found a link to a great “how-to” video that could help you utilize the scarves you have in a more fashion-forward way and you can access it here. And, of course if you’re in need of some new accessories like this you know where to go! A co-worker recently came into work with a great light pink textured scarf tied just so around her neck, and she told me it came from Goodwill! So go to the store near you and support our community mission by scarfing up some uncomplicated style for you or your family! You won’t be sorry you did!