Sarah Urban, IT Programs Manager, spent ten years in the military, a journey that began in 1994 shortly after high school.

“I was looking for professional direction and an opportunity to start a career. I wanted an adventure, to travel and to find new experiences,” she said.

Knowing that the military provided career advancement and educational assistance, it seemed like the right path. Like her step-dad before her, Sarah chose the Navy.

At 18, she would leave New Jersey for the first time. While her peers were setting up dorm rooms and navigating college campuses, Sarah was experiencing a whole new country, its language, traditions and culture. She was stationed in Sicily, Italy.

Her new life presented great opportunities and some predictable challenges - things Sarah would meet head on throughout her career. She recalled, “If you didn’t speak Italian, what do you do? You learn the language. If you didn’t know the bus route around Sicily, you learn it. I had to overcome shyness, too.” 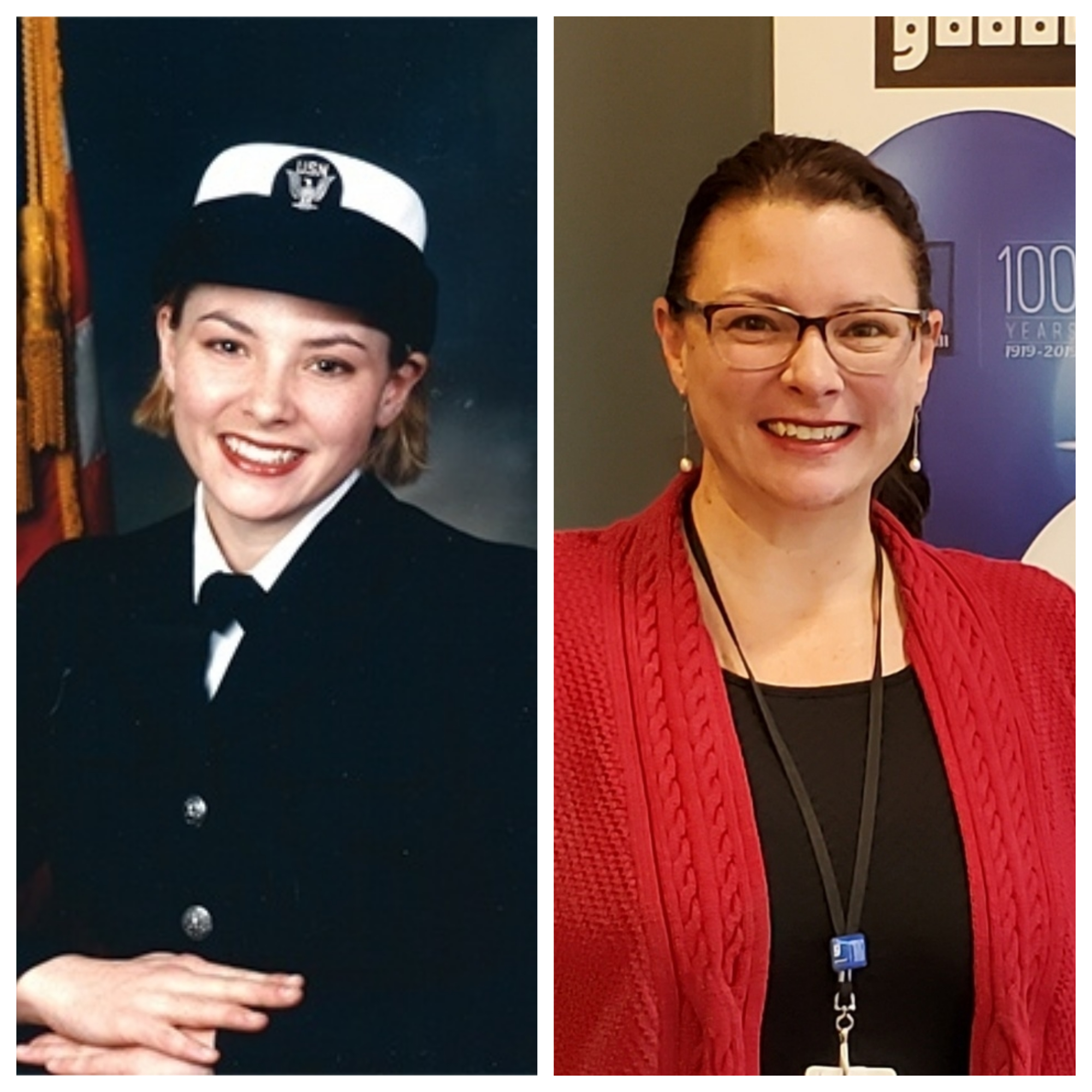 Even before entering the Navy, Sarah had a plan. “You need to go in with something in mind of what you want to do,” Sarah explained. Without a stated purpose, the military chooses your career path. Experience as a high school newspaper editor fostered an early interest in writing. In pursuit of her goals, she signed papers to enlist in the Defense Information School - Journalism.

She started out as a journalist for the Navy newspaper in Sicily, eventually becoming editor of the weekly publication. A stint in Winter Harbor, Maine would be next, then she transferred to Keflavik, Iceland where she eventually became the broadcast manager of a busy base radio/television station, supervising ten broadcast journalists, writing and editing stories, producing commercials, and overseeing a highly-technical broadcast system, which brought news and entertainment to military personnel stationed overseas. Although a quiet person, Sarah never shied away from new opportunities. She eventually landed an anchor role delivering news to thousands of people. “These experiences taught me to go outside of my comfort zone,“ Sarah said.

After Iceland, Sarah returned to Great Lakes and then transferred out. She ended her career as a petty officer first class, a significant achievement in itself. However, she values the effort that she put in more than anything. “You learn more when you start from the bottom. I feel as though you can take that to each work situation. At every level, you understand your expectations and you understand what your employees are going through,” she explained.

After changing her mind about a Journalism career, Sarah decided to pursue Information Technology. She earned numerous certifications and today, she manages the IT Project portfolio, overseeing the integration of cross departmental projects at Goodwill, as well as, projects that support Information Technology maintenance guidelines.